When we talk about an agricultural plot, we mean such land that is officially listed in the Local Development Plan as an agricultural plot in the City or Commune Office. These are usually areas exceeding one hectare or are an average size of the surrounding agricultural areas determined by the commune. Therefore, each plot of land for sale should be described in accordance with its purpose, and the seller should have the necessary documentation to show to the potential buyer. 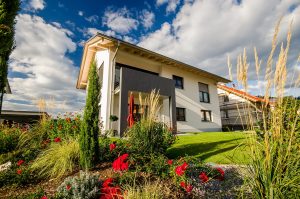 This should be borne in mind, because if a plot of land for sale is acquired , which will be one hectare with the new regulations, it will be necessary to farm for at least five years. Such a situation has been taking place since April two thousand and sixteen and has greatly inhibited the turnover of agricultural plots. Therefore, putting up an agricultural plot of land for sale has become less profitable and their prices have dropped significantly.

According to the regulations introduced in the two thousand and nineteen years, a farmer or his immediate biological family and stepchildren as well as some legal entities such as the church or faith communities will be able to farm a plot. However, there are some restrictions that may inhibit those who hope to profit from putting up the plot for sale . First, such land will require the new owner not to resell the land for up to five years. Which is a positive change for the buyer, because according to the current letter of the law it is up to ten years. This is officially aimed at stopping the trading of plots for sale for speculative purposes.

Thus, it is already clear that there are two uses for such a plot. The first idea is to start agricultural production, thanks to which it will not be necessary to submit applications to the commune office and costly processes of changing the plot into a construction plot. In this version, it is possible to build a residential building on an agricultural plot, provided that a farm section is added to it, intended for agricultural activity. It is particularly important as information about the possibility of such construction may increase the attractiveness of the plot for sale .

The second option is to change the agricultural plot into a building plot in order to build permanent buildings there. It is a long-term process, which can last up to several years and require tens or even hundreds of thousands of payments and incurring a new, higher land tax. It is a rarer case of buying plots of land for sale , but paradoxically, it occurs most often in cities where the legal status of many lands is officially agricultural plots. This is due to the fact that the urban agglomeration is constantly expanding and development companies are looking for more areas for housing estates. Therefore, one should first be guided by the purpose in planning development, coming from before the act.

How to put a plot for sale at a profit

Unfortunately, the aforementioned regulations tragically made it difficult to trade in agricultural land and forced the exhibitors of plots for sale to multiply their efforts to look for customers. The most important thing is to post your ad in as many places as possible. Notice boards of all kinds and local cooperatives are good places. Most often, however, it makes sense to advertise in a given locality, distributed among local farmers. This is due to the fact that if the plot area exceeds three tenths of a hectare, the farmer will be the most likely buyer.

There is a very small number of people who are currently the recipients of advertisements with agricultural  plots for sale , so we can safely say that in this case the buyer is in the winning position. The announcement of sale should contain very detailed information on the topology of the area, geological conditions, the condition of the agricultural plot itself and its past. We must provide all possible information that will entice the buyer, including the advantages related to the environment.

There are several important issues that should be made aware of anyone who decides to buy an agricultural plot of land for sale . The same issues also apply to sellers who are responsible for legal aspects. In the current legal situation, the purchase and sale of agricultural plots almost always results from the need to expand the agricultural area or acquire additional areas for farm animals. It is very important that agricultural plots are divided according to the so-called valuation class. Each farmer must know the valuation class of his land not only because of what he intends to cultivate there and how, but also because it will be the most important information when announcing a plot for sale. Unfortunately, the land from the first to the third class is so good that if you want to reclassify a plot from an agricultural plot to a construction plot, the consent for the application must be given by the minister of agriculture himself. We should be aware of the difficult legal situation, both as buyers and sellers.