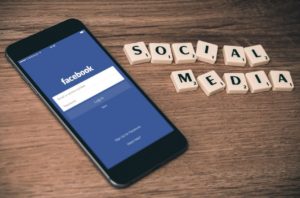 You can talk to a person with the help of many stimuli, stirring up various feelings and evoking specific behaviors. Also, marketing on Facebook does not avoid the many tricks which fanpage administrators want to attract the reader. Playing on emotions is one thing, but the most important is the way to reach the recipient. On the largest social networking site, you can do it in two ways: with image and sound. Each of these solutions will be better at a different time and in a different application.

The word is still the most important

Despite the fact that the present generation is fed mainly with images – both in video and traditional form – the written word still remains the most important element and the most important form of communication in interpersonal communication. Is it equally important in Facebook marketing ? Of course! It is still a very powerful method of reaching recipients, especially those who care about the highest quality message. While a video can still be considered a substitute for what we write, no graphic can fully replace what can be written.

When do we use the descriptive form of the entry? Especially when we want to tell a story. The fact that not everyone will want to read a multi-line record, but if the thing is described in an engaging and suspenseful way, you can certainly count on a wide group of debaters and shares. It is worth presenting personal situations, stories with a funny point and touching stories in this way. As a curiosity, it is worth mentioning the phenomenon of the so-called “paste”, that is, made up stories with a humorous and mocking background, which are designed to fit into the “copy and paste” trend. There are a lot of stories of this type circulating on the Internet, so if you want to follow the trend and test your skills in this type of marketing on Facebook , it is worth trying to write such a text.

Image is the most common and fastest form of communication

If you want to attract someone immediately and get a specific reaction – e.g. like or comment – it is worth using graphics and video materials in your posts. It’s good when it is original content, e.g. drawings or photos made by yourself. Using photo databases, especially free ones, is more and more often perceived negatively, mainly due to the relatively high repetition of the content. It is worth moving away from stock photos in favor of those created with your own camera, even at a slightly lower quality price. Then the authenticity and uniqueness of the presented content is still the greatest asset.

Do all graphics have to be fun? Certainly not, but they can’t be boring. Ordinary product photos are treated by the recipient as another advertisement on the Internet, i.e. they are omitted from the very beginning. It is therefore worth trying a bit more and enriching your Facebook marketing with creative and engaging graphics. Usually, it is a reference to a good joke or a funny scene that is very attractive and attractive, which is why fanpage operators often resort to using this form. It has also become very fashionable to engage professional cartoonists to make their works a showcase of a given brand. The main profit comes from highly distinctive and accessible content.

The combination of word and image

The best example of a very uniform combination of words and graphics are, of course, memes. Their simple design allows you to create your own meme for anyone with any idea of ​​how it sounds. This, of course, is not the only way to combine an image with a written element. A drawing can complement what we convey by means of text. For example, travel bloggers enrich each of their posts with a private photo from a given trip, thus creating a record of a memory with its visualization. Then the image acts as a decoy and the main element of Facebook marketing,by catching the eyes of readers lost in the sea of ​​other content. The text, on the other hand, plays the most important informative role and is not only a caption for the photo, but also a method of adding everything that is not visible in the photo.

Social media is a specific creation in which you can meet recipients of all possible types. That is why defining the target and purpose of running a fanpage has such a significant influence on what kind of content will be published on it later. In the case of large projects, the mixed form works most often, in which photos and drawings are combined with interesting texts and slogans, and video, infographics and sound are the perfect complement to all marketing activities on Facebook. In order to attract the recipient, it is most important that the fan page stands out among hundreds of others. Therefore, the value is a creative approach to the subject, as well as constant development and lack of indifference to current events. Basing on trends, both in terms of images and words, is a great idea for anyone who would like to conduct their advertising activities in social media at the highest possible level, achieving very high efficiency.