Consumer research shows that Poles are aware of the fact that a smartphone may be accidentally damaged is quite large. However, only 10% of customers buy smartphones with accessories. They hope that nothing will happen, they know themselves and know how to take care of a smartphone, they consider themselves cautious people and electronics lovers. However, after some time, they return to the point of sale and buy accessories that protect the equipment against the effects of everyday use. Had they done it sooner, they would have avoided the repair costs and the nerves associated with it. 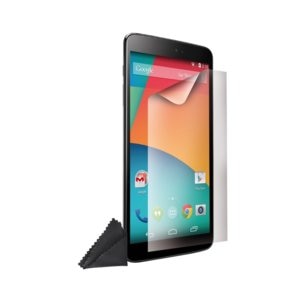 When buying a smartphone, it is worth reserving a budget for accessories that protect the phone from falling, accidentally spilling coffee or scratching it. In everyday use, even with extreme caution, accidents cannot be completely eliminated. The phone may fall out of your hands as someone accidentally knocks you up during a call. If there is a small child or cats in the house, you can be sure that the smartphone may be exposed to accidental tea or coffee spills. The phone may accidentally fall out of the purse when we are looking for other things or during sports. There can be many unforeseen situations. It is definitely better to protect your smartphone against the effects of possible damage than to worry about repair and its costs later. The absolute minimum issmartphone foil that provides protection against cracking when falling from a small height. Accessories such as: smartphone foil helps to keep the phone in pristine condition, which extends its service life, gives significant savings on repairs and allows for a better resale price if the owner decides to sell his smartphone and buy a second, newer model. The difference in the price of a phone that does not have a single crack on the screen compared to a device whose screen differs from what a well-groomed phone is imagined. To find out about it, just go to the auction or advertising portal and read the offers.

A good quality smartphone foil, which guarantees protection of the device against accidental, unpleasant events for the owner, costs about PLN 30. The price depends on the manufacturer and model of the phone. Of course, there are cheaper films on the market, but most often their quality is adequate to the price and it is mass Chinese production. Using such a foil for a smartphone may temporarily calm the conscience of the user, but in the event of an accident it may turn out that the foil did not fulfill its role and the phone was damaged. In the case of smartphone accessories, such as smartphone foil, it is better not to rely on random products, pay more, buy goods from a good manufacturer and sleep well, knowing that in the event of a phone dropping or pouring coffee on the screen, our phone will not only work, but will not lose its beauty and will still look like new. The cost of replacing the digitizer (touch panel) in a mid-range smartphone is about PLN 200. The economic bill is simple – it is better to protect the phone with foil for PLN 30 than to complain about a very large expense later, which can thwart many economic plans of the owner.

The efforts of manufacturers to create an unbreakable display

Smartphone manufacturers know very well that the quality of the housing, and especially the low durability of the touch panel to accidental damage, is a big disadvantage of their products. Large, glass surfaces of the display, with a small thickness of the device look chic and elegant, they really attract the eye of the customer who, fascinated by the appearance of the device and the short characteristics of the possibilities, buys a smartphone. However, the laws of physics are inexorable and cannot be deceived – phones constructed in this way cannot withstand a fall and are exposed to mechanical damage. Every year, millions of smartphones are repaired for this reason, and customers are counting losses. Therefore, manufacturers are testing new types of touch panel that are to be fitted at the factory, e.g. hardened or diamond. Tempered glass already appears in the most expensive models. Diamond glass is at the testing stage and perhaps the first models with this type of protection will appear on the market soon. So far, the market position of the smartphone foil is not threatened, because it is a relatively cheap and proven way to protect the phone against the effects of accidental events. So far, the responsibility to secure the smartphone falls on its owner.

In Poland, a popular proverb is: “Pole wise after the damage”, which perfectly relates to protecting phones against damage. Unfortunately, customers keep forgetting that caring for a smartphone starts at the time of purchase. Even then, it is worth buying at least a smartphone foil and thus extending the life of the equipment. Thanks to the inconspicuous foil, the money spent on the latest smartphone model will not be wasted in the event that the device falls out of the user’s hands shortly after purchase.