The computer hardware market is counting in the tens of billions of dollars. Today’s societies would not be able to function efficiently without constant access to computers and the opportunities offered by the Internet. In such a large market, among equipment manufacturers, both large corporations and smaller companies that are not global hegemons have found their place. When buying equipment, many people have a dilemma whether it is worth buying branded laptops or not better to buy equipment from less recognized manufacturers and save a bit. Recognized third party equipment is by far the better choice, which will become obvious when someone analyzes it carefully. 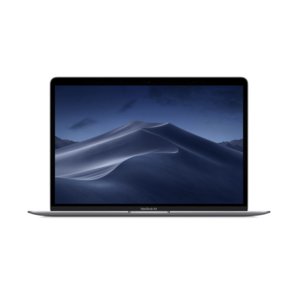 The quality of components in branded laptops

When buying any electronic equipment, you are faced with a dilemma whether to choose branded equipment or a less known manufacturer. There are several global concerns on the laptop market, as well as several thousand smaller manufacturers who sign their products with a little-known logo, which is rather associated only locally. Usually, such laptops tempt with a lower price, which is their greatest advantage and allows you to attract customers with a less affluent wallet. However, you should be aware that the release of a dozen or even several dozen percent less on a new product is not always profitable, as branded laptops they cost more for a reason. These include the quality of the components used. In lower-end laptops, components from unknown factories in the Far East are often found. Producers wanting to reduce prices as much as possible, try to negotiate favorable terms with subcontractors, but this usually happens at the expense of product quality. In practice, this means saving both on the raw materials used and on careful production.

There is no doubt that in the production of electronic equipment, including computers of all kinds, precision and repeatability are the most important. Without it, the durability as well as the performance of the products decreases very quickly. This means that the installation of the cheapest components is completely pointless, because branded laptops can operate efficiently even several years longer than their cheap counterparts. This state of affairs makes buying cheaper equipment completely unprofitable.

The performance of branded laptops and cheaper counterparts 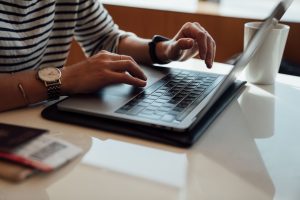 However, the durability of the products itself is not crucial. The performance offered by manufacturers of cheaper equipment is also important. Laptops from reputable companies usually have much more efficient components installed, which makes such equipment better for everyday office work and better suited for unusual applications, such as, for example, playing computer games. Unfortunately, the cheapest laptops are not able to cope with the challenges posed by the hardware hardware of today’s computer games, so if someone is looking for a model that will be able to not only use simple office programs and use the Internet, but also play computer games, branded laptops are products where you should look for a suitable model. In addition, this type of equipment is usually offered by manufacturers in various configurations, which means that it can be better selected according to your needs. Large companies usually release entire lines of products, which are available in slightly different versions. This allows you to find your hardware configured as expected.

Electronic equipment often experiences various failures. This is perfectly normal in normal use, so beware of this when you buy a laptop. In most cases, only specific components break down, so there is no need to replace all equipment with new one, just replace one component. Having brand-name equipment, it is much easier than when you have a computer of unknown origin. Equipment from well-known companies is much better known to service technicians at independent computer salons. In addition, parts for such laptops are relatively easily accessible, which means that virtually every defect can be repaired. In addition to possible repairs, it is also important that large companies provide a much longer warranty on their products and rather never make problems with accepting the warranty.

Laptop prices vary widely, so it’s hard to talk about specific price ranges. They depend on the purpose of the computer. The prices of laptops dedicated to office work are different, and the prices of equipment dedicated to games or advanced work on video processing. Branded laptops are usually several dozen more expensive than their alternatives, but taking into account the difference in quality, such a price is most appropriate.