Are you planning for your child to acquire comprehensive musical education from the baby  , or maybe it never crossed your mind until your child showed extraordinary musical talent? Your child has been preparing for the exam for months and you cannot imagine that he could go to another school, or maybe he simply wants to test himself without pressure? Regardless of the reason your child is taking the exam for admission to music school, it is important that they and you both know what they look like.

The most important choices

At the beginning, make a decision about the most important thing – whether your child will go to general music school or the afternoon school, which he will attend after primary school. The second option is much more tiring, as classes take place three times a week and finish around 6 p.m., which means that practically all week long the child has very little time to develop other interests or just free time. 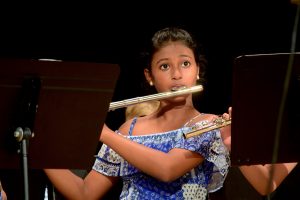 Before taking the exam, you should also decide what instrument you will learn to play. This is not always obvious as some children either already play several instruments or want to learn to play more than one. It is also worth taking into account that most candidates are willing to play the piano (piano lessons in Szczecin), acoustic guitar or flute – in practically every music school they are the most popular instruments.

The ability to play a specific instrument is not a mandatory requirement during the exam to the music school (at least the first degree – when enrolling for the second child, he must already demonstrate this ability). First of all, the natural predispositions of the future musician are checked; they include: hearing, musical memory and sense of rhythm.

What exactly does the exam itself look like? Its course is similar in every school. At the beginning, the child has to sing a song – any song or one selected from a set previously prepared by the school. In addition, there is the ability to determine which of the two notes played is higher and which is lower, singing a melody to a melody already played, clapping the rhythm or repeating a previously played melody with the voice.

In addition, teachers sitting on the examination committee can ask the child a few simple questions, thanks to which he will tell them a bit about himself. Thanks to this, they can find out not only which instrument the child intends to play (if several, they usually ask for clarification which one prefers the most), but also what motivated him to take the exam – musical talent, interests, and maybe pressure from parents’ websites (which, unfortunately, happens all too often).

Preparing a child – how to help and support

Many parents forget that putting pressure on an exam for a few years can have the opposite effect. There is no point in exposing the child to stress; the more relaxed they take the exam, the greater the chance of success. Nevertheless, it is worth practicing with your child the instructions that will be required during the exam.

If you have a piano, a piano or even a keyboard at home, it is enough to play simple melodies that the child will have to repeat. With a natural sense of rhythm and the ease of repeating the sounds heard, after a few attempts, the child will have it fully mastered.

In addition to not putting pressure on your child, it is also extremely important to provide support. Describing the exam in advance and practicing it will help your child stay calm and not stress – which is the most important thing in these kinds of situations.

As mentioned above, the ability to play an instrument is not required for the entrance examination. However, it cannot be denied that children who do well in the exam and can already play will have priority. It is very possible that if during the entrance examination your child boasts that he is already playing the guitar in Szczecin or any other instrument, he will be asked to present his skills.

Remember, however, that it is not required and do not worry if your child is not yet a virtuoso of a given instrument. Coping with the remaining tasks should be sufficient, especially if the child is willing to learn one of the less popular instruments; They include, for example, the violin (mainly because of how difficult it is to learn for people who have never played any other instrument), drums (due to its size, not everyone can practice it at home), accordion or trumpet.

It is also not a problem if the child has gotten into a section of the instrument but does not have it at home. The instruments are usually expensive, so in most cases (when the size is not an obstacle) borrowing an instrument from school is enough – usually it costs about twenty zlotys a month.